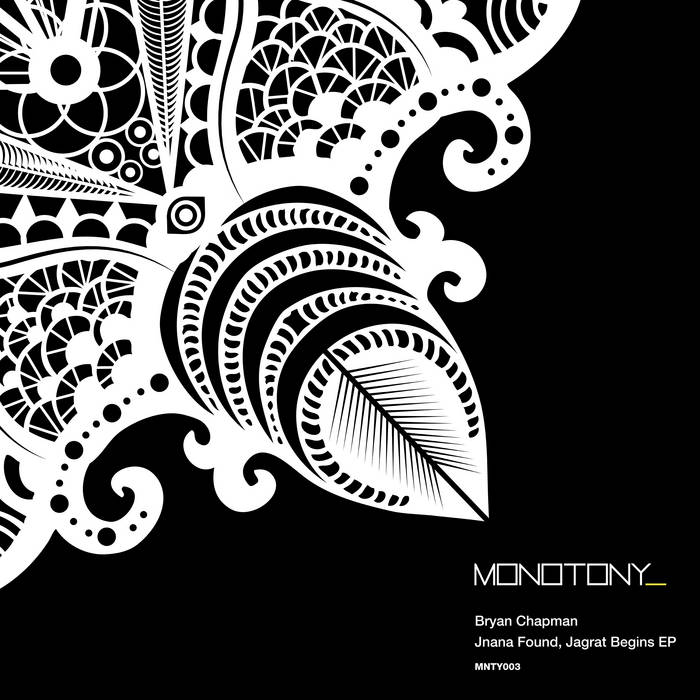 For the third release on Monotony, Bryan Chapman is back with the next chapter of concept EPs for his stripped-back label.

Bryan, whose previous work has been catalogued on H-Productions, 8 Sided Dice, Enemy, Affin and Bouq has been picking up accolades over the last year for both his music and art with Vice featuring his photography for Creators in June: creators.vice.com/en_au/article/a3z3ez/bryan-chapman-enhanced-eyesight-abstract-photos, Mixmag adding ‘Vedanta’ (from MNTY002) in July’s Techno Releases You Need To Hear This Month: mixmag.net/feature/july-2017-21-techno-releases-you-need-to-hear-this-month/17, Data Transmission including him in August’s “5 Artists You Need To Check Out This Month”: datatransmission.co/features/5-artists-need-check-month-august and his tracks championed by the likes of Blawan (he recently dropped ‘Perpetual Purification’ on Boiler Room at Dekmantel youtu.be/ahAIBQOvRsA?t=6h28m54s and in Bryan’s own words “when one of techno’s biggest plays one of your new tracks at one of the biggest and best festivals in the world. Does it get much better than that?”)

Bandcamp Daily  your guide to the world of Bandcamp

Featuring interviews with the mighty Hiatus Kaiyote and genre-busting L'Rain.